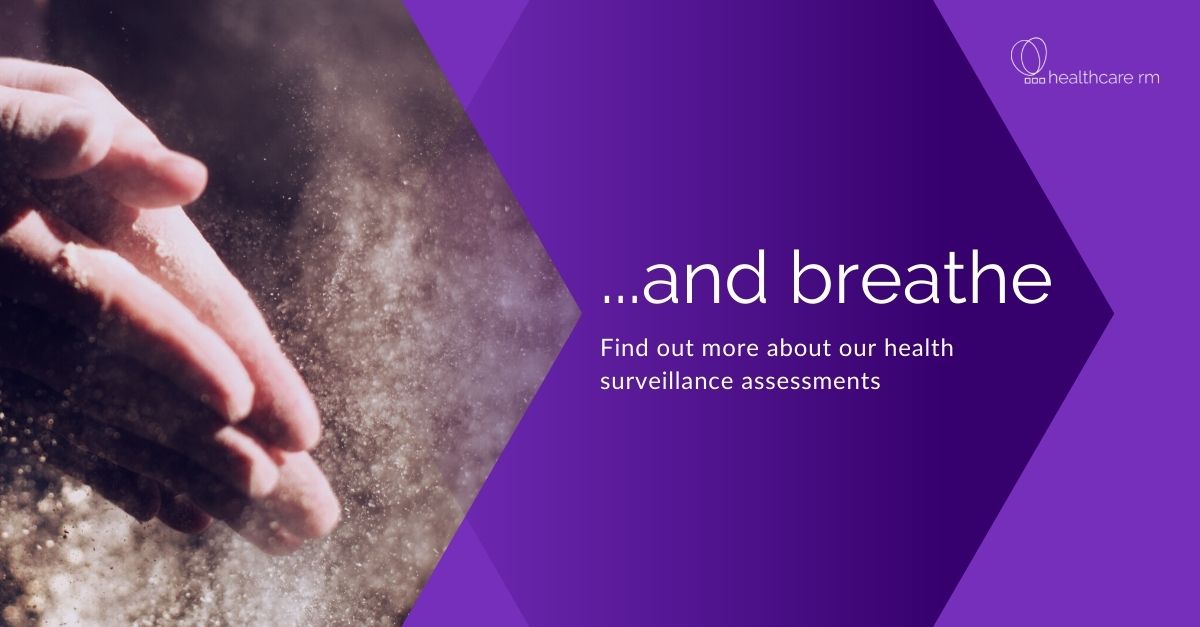 Breathing problems or lung damage can result from exposure to various substances hazardous to health in the workplace such as dust (pesticides), gases (chlorine), fumes (from the manufacturing of plastic), mists (from spray paints) and vapours (given off by solvents). Health and Safety regulations state that employers have a duty of care to their employees that are likely to be exposed to any form of respiratory sensitiser (listed above), due to the likelihood of a reduction in lung function from repeated exposure. An employer also has a duty to provide Personal Protective Equipment (PPE) such as respirators or face masks to all employees who are likely to be exposed to help reduce the risk of breathing difficulties or damage.

It is vital that companies with employees who are regularly exposed to such respiratory sensitisers have regular Spirometry testing in place. Ideally, testing should be annual in order to analyse any change in lung function as a result of continuous exposure in the workplace.

Our qualified Technicians are on hand to carry out regular Spirometry testing. There are two parts to the test. Firstly, the Technician will assess the individuals Forced Vital Capacity, or FVC, which is the total amount of air exhaled after taking the deepest breath possible. This test specifically helps to distinguish obstructive lung diseases such as Asthma and COPD from restrictive lung diseases such as Pulmonary Fibrosis. The employee will have to perform this at least test three times in order to produce a reliable average result for the Technician to interpret.

Following this, the employee will then proceed to do the final FEV1 test. This is more commonly referred to as the Force Expiratory Volume and represents the amount of air that can be forcefully exhaled in one second. This test will be completed at least three times, for the same reasons as above. Again, this can be used to measure the severity of any respiratory conditions or diseases. At the end of both tests, the Technician will also discuss the FEV1/FVC ratio and this is represented as the percentage of lung capacity that is able to be exhaled in one second.

If you would like to find out more about Spirometry assessments or any of our other health surveillance assessments, contact us.